Messianic Intentional Community:
Where, Why, How, When!
Until The Return Of The King!

Money Dependency And The Manifold Compromises It Engenders!

Please allow one example (there are many): I/we do not use or own a car, and therefore do not buy one penny worth of gasoline, oil, tires, car parts, maintenance or repairs, insurance, tickets, titles, taxes, nor any of the many expenses associated with owning-operating a personal car. I/we do not collaborate with any who profit from any of these products or services. And that's just the monetary association. Risking the life of others is a trillion-fold above those dollar expenses.
Instead, I/we walk-hike, e-scooter and pedal-bike, and infrequently use Public Transportation (PT) like Amtrak (preferred) and Interstate buses (rarely), and local PT when going distances beyond 20 miles. Living near an Amtrak or a Bus depot to take us to Amtrak, would be sweet; even without any of them, we can still walk and bike.
Hypocrisy? I've already sent certified letters to all of these Transportation and Delivery entities, demanding that they switch over to 100% renewable and/or sustainable fuel sources or modes or methods. I/we explain our Love-driven ecological stance, and how I (personally) gave up that last automobile in Y2K for environmental reasons, and that they too, should immediately abandon anything sold by the fossil fuel industry, and also adopt the RRR lifestyle.
Now, it is understood that they are going to ignore it; surely the letter got trashed the day it was read. After all, they are capitalistic, money-serving, money-dependents; economic parasites and predators. As such, they are going to do whatever it takes unto the devout service of their god Mammon, no matter what the short or long-term consequences are: Horrifying but understood.
However, since (as an individual) I can only "be" the change I want to see in the world, and live my lifestyle accordingly; I do so, knowing that I cannot force another to do likewise. But anyone can state their case, so that if anyone questions my sincerity for lifestyle sustainability, they can look at the certified letter receipts, and how I live now; the light on the hill indeed! But that living testimony would surely look better within a Messianic Community forest ecovillage or transition town.
Whenever someone implies that because I personally do not own a car, that I still benefit from others who use these destructive and dangerous systems, I can then point to the certified letters as proof of my stance; that I am trying to get them to see and to change. And if virtually everyone else would send their own certified letters, to those fossil fuel consumers that they too, are forced to use, I am certain that such changes would be seriously considered.
What I cannot do, alone, at least in this life, is to end Big Oil, and remove most of the roads, infrastructure, and the million square miles of life-blocking asphalt and concrete that the YHVH hating humans are rushing to resurface this YHVH planet with, just to roll about everywhere.

Messianic Koinonia Versus The IC!

All of this is no different than anything, which falls under the banner of land use, including the Intentional Community (IC) model. This impacts the vast majority of Intentional Communities (or IC's) among the westernized, since I have not yet been to, or communicated with, any IC's outside of the English speaking world. But the bent-logic of dominionship and its landlordism, verily has no planetary boundaries.
Therefore, most IC's in the USA will be little more than real estate transactions. The notions proposed of one big happy family sharing equitably in the bounties of Earth, are at best, delusional. It is the individual (or the business entity) that holds the deed to the property in question, that holds all the power therein, and reaps all the rewards that are developed on that deed-lorded land.
That explains why so many of them like to offer a free stay, in exchange for labor of some kind, because paying an employee a living wage would cost them a lot, but crashing on their proverbial couch, via basically camping on their land, costs them nothing extra than what it already costs. Personally, I have no interest in using land to exploit anyone in that way; I am a carpenter by trade (a Tekton) and so I labored hard all my life; I just cannot exploit people.
Unlike it was in the seventies thru the nineties, the IC's are no longer even blurring the terminology, once used to trick people to participate, for free, in the development of such lorded land. One example (among dozens I could share), is this Intentional Community and their unabashed ad for rentals; then compare that to another Real Estate Company ad for one of their rentals. Stunning price differences indeed! Much cheaper just to live in the latter.
Therefore, there is not one IC, which at the very least, can be found on the Wild Wild Web, wherein someone can be free to be! There is no such thing as true freedom; just ask any Native American how it all works; or many of the homeless living inside the prison of economic affluence.
True freedom is the absence of a monetary system; at least, in the way that those systems were initiated in feudal Europe. Those educated therein, know how such corruption shaped Western culture and all that followed it, including the economic production that is Christendom.
Like my Master (Messiah Yeshua) I'm a pacifist, and will endure suffering, even on a cross if necessary (which is unlikely but I am ready, nonetheless), to show how much Love that Messiah Yeshua has for all of us. Our Kingdom is not even of this world (John 8:23; John 18:36-37), and so, all we can do is Love everyone and everything always, and live Messianic lifestyles, and let The Lord do the judging, and the attracting.
Greater Love has no one than this, than to lay down one's life for their friends. You are My friends, if you do whatsoever I command you. Henceforth, I call you not servants, for the servant knows not what his lord does. But I have called you friends, for all things that I have heard of My Father, I have made known unto you. You have not chosen Me, but I have chosen you, and ordained you that you should go and bring forth fruit, and that your fruit should remain; that whatsoever you shall ask of the Father in My name, He may provide you.
These things I command you, that you Love one another. If the world hates you, you know that it hated Me before it hated you. If you were of the world, the world would love his own, but because you are not of the world, but I have chosen you out of the world, therefore the world hates you. Remember the word that I said unto you: The servant is not greater than his lord! If they have persecuted Me, they will also persecute you; if they have kept My saying, they will keep yours also. But all these things will they do unto you for My name's sake, because they do not know Him that sent Me! (John 15:13-21) {cf. Gal 2:20}
Notwithstanding, it is worth it to post this, so to keep the proverbial doors, always open to a Messianic Intentional Community, here in the Ununited States Annexed. There may indeed be the few, the humbled, the redeemed, here on this continent, but if that is you, I/we want to meet you. But it is equally important to point out these inherent problems, up front, and why such an entity may never be possible in the money-dominated USA.
If you are already money wealthy, it would be better to move to a South Pacific or Atlantic island; Hawaii, The Bahamas, or even emigrate to New Zealand (that is what many with the mean$ already do). Indeed, anywhere that is 25 degrees South or North of the Equator, and is relatively safe, and spoken English is widespread, assuming that is the only language you know.
For us staying mainland, it has even been suggested to go in among Tribal Indigenous Americans, to see if anything like this is possible among them. It may end up being the only way; nevertheless, I/we am still hopeful for a simple Messianic Monastery, as freed from money dependency as we can make it; as self-reliant from the greater economy as can be achieved.
About.Me? Personally, I am a devout student (and coeditor) of the Messiah Scriptures (since the eighties) with special focus on the red letters of my Master, Messiah Yeshua. In this world, I am: simple-living; disenculturated; apolitical; egalitarian; pescetarian; voluntarist; Monotheist; unritualistic; woodsman; undergrad; sociologist; published author; webmaster. 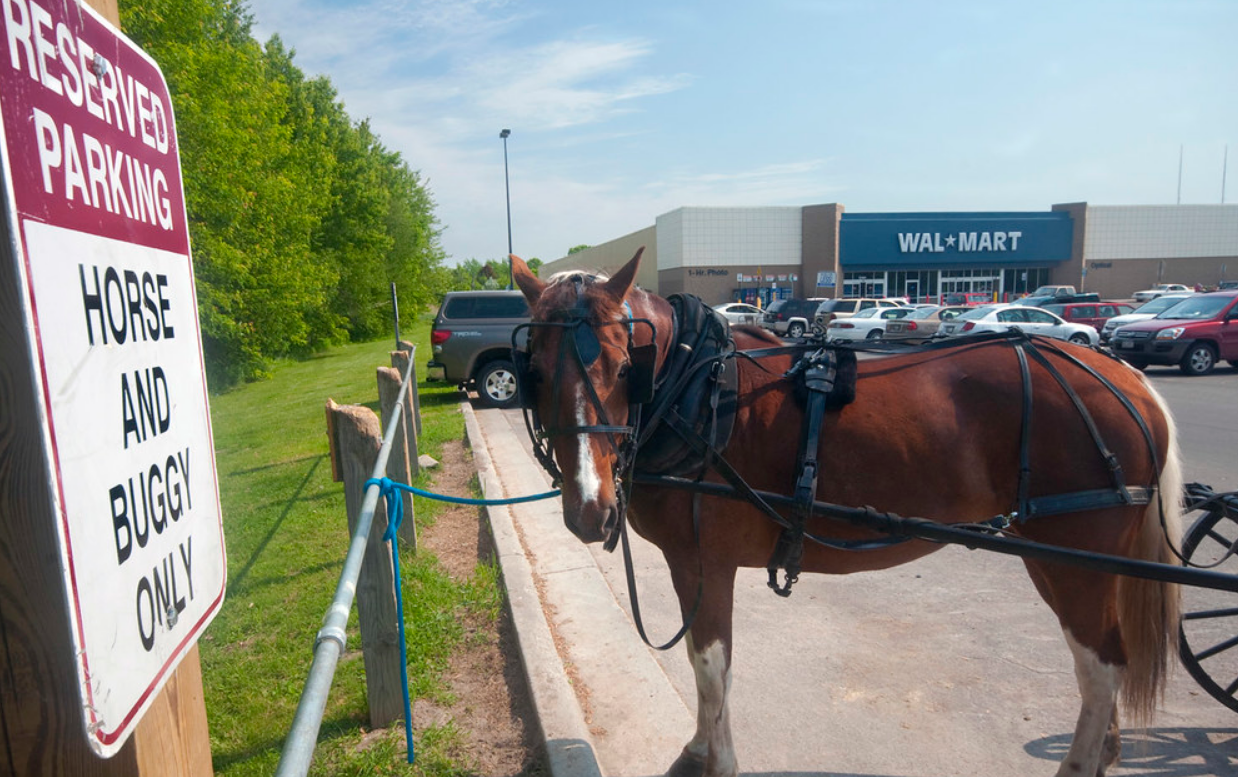 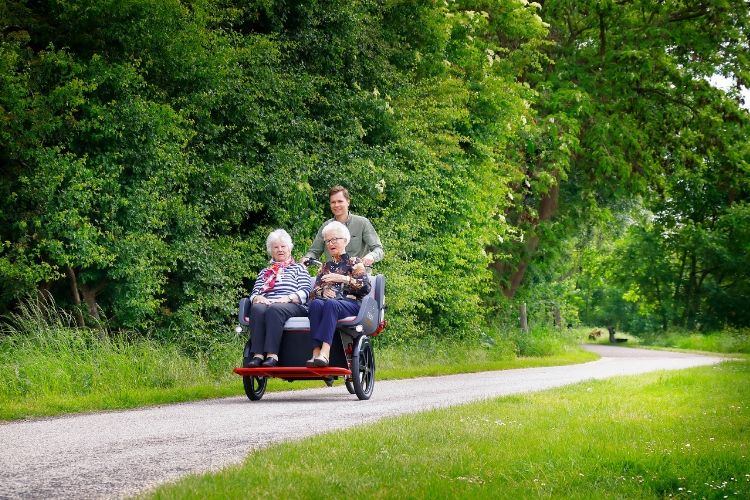